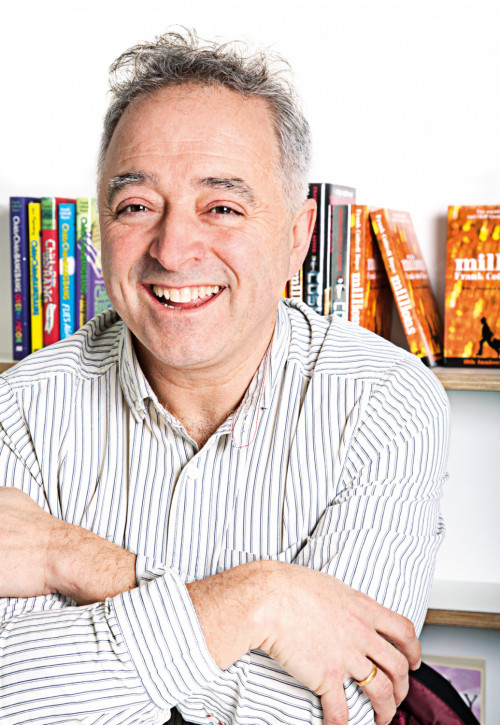 Frank Cottrell-Boyce is an award-winning author and screenwriter. He was born in Liverpool and studied English at Oxford University. The start of his career involved writing scripts for TV shows like Coronation Street, and screenplays for films, before he turned his writing skills to children's books. Millions, his debut children's novel, won the CILIP Carnegie Medal. He is also the author of Chitty Chitty Bang Bang Flies Again, Cosmic, Framed, The Astounding Broccoli Boy and Runaway Robot. His books have been shortlisted for a multitude of prizes.

Frank has been a judge for the 500 Words competition and the BBC's One Show As You Write It competition. Along with Danny Boyle, he devised the Opening Ceremony for the London 2012 Olympics. He has written for the popular TV series Dr Who.

His most recent book is Noah's Gold, published by Macmillan Children's Books.

Book tickets for your class to see Frank Cottrell-Boyce perform: