Get to know us

The Children's Bookshow is an arts charity that inspires children with a love of reading. We introduce children to world-class authors and illustrators through our programme of theatre events and in-school workshops. The artists selected are chosen from a wide variety of countries and cultures to give young people access to the very best stories, poems and illustrations from all over the world. We help teachers to provide their students with a rich and exciting experience of literature.

Our children need the joy and comfort that books can bring more than ever before. The Children's Bookshow finds the best books currently available from publishers of award-winning illustrators and writers from all around the world and wants to share them with you, and all sorts of ways for you to engage with them.

Through its annual theatre tour The Children's Bookshow brings to thousands of young people across the country some of the world's best children's books. It gives them the opportunity of excitement and discovery which may even inspire in them a love of words and images that will last a lifetime.

The Children’s Bookshow came about as a way of celebrating Simply the Best Books for Children, published in 2003 by the Centre for Literacy in Primary Education. The first tour promoted the authors and the books featured in this publication and was a great success leading us on to programme a tour each autumn that showcases the best children’s literature. From small beginnings in bookshops, libraries and literature festivals we have grown and now programme 15 events in venues ranging from large scale, iconic theatres such as The Old Vic in London, to smaller scale theatres such as the New Wolsey in Ipswich.

In 2011 we became one of the Arts Council’s National Portfolio Organisations and we were delighted to be successful in our most recent bid to keep this status from 2018 - 2022.

You only have to witness the impact of author events on children to see how their lives as readers (and therefore their lives) can be changed by them. 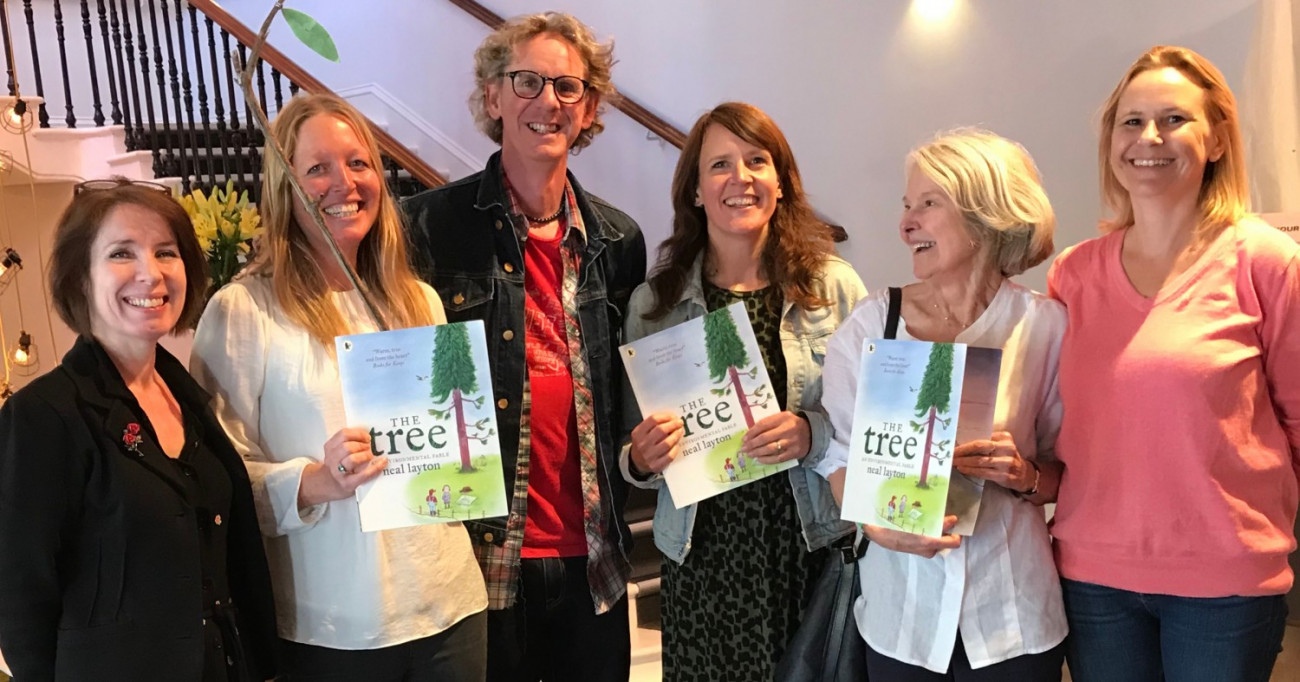 The Children’s Bookshow is managed by a small and friendly team of freelancers. Each member of the team brings different skills and experience to the project but we share a love of great books and we delight in creating inspiring, fun and thought-provoking events for children. 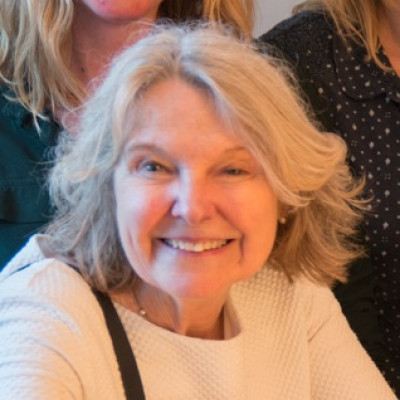 Siân read Russian and French at university, then after a brief spell in the education department of Foyles, founded, with others, Writers and Readers Publishing Cooperative. She subsequently worked independently and promoted literature and literature in translation in venues such as the Royal Festival Hall and literary festivals across the UK. Together with Kate Arafa, she then went on to found The Children’s Bookshow to bring the best of children’s literature from the UK and abroad to school children and their teachers. She also works as a translator and has translated work both for adults and children from Italian. 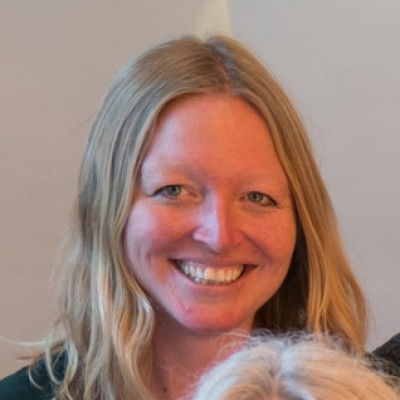 Kate has been part of The Children’s Bookshow from the very beginning and continues to be inspired by all the artists and the children who take part. In the past she has created and managed national tours for small independent publishers promoting fiction in translation and has also produced her own literature tours celebrating the short story. She has always been interested in the ways in which literature can be presented live on stage. She lives in Devon and has three daughters. 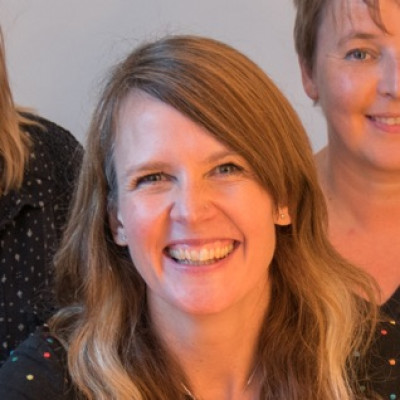 Liz has always loved reading and books, and started her work life in magazine publishing production. After a career break to raise twin boys, she has worked as an events and project co-ordinator for various arts organisations, including Booktrust. She now feels immensely lucky to be able to split her time between her role as personal assistant to the illustrator, Axel Scheffler, and her work for The Children's Bookshow. 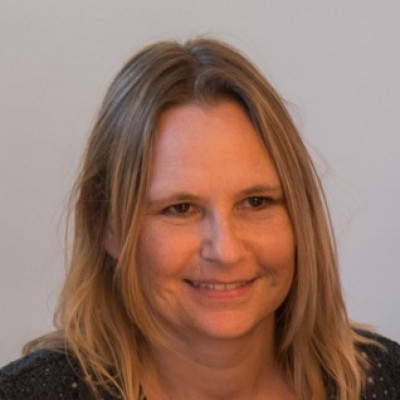 Jo studied Literature at university where she thoroughly enjoyed working her way through the reading list. Following an unconventional career path via a decade spent in a recording studio and many years in a polo club, she has now embraced her love of spreadsheets and spends her time working for The Children’s Bookshow and teaching children how to ride their bikes, but not at the same time. 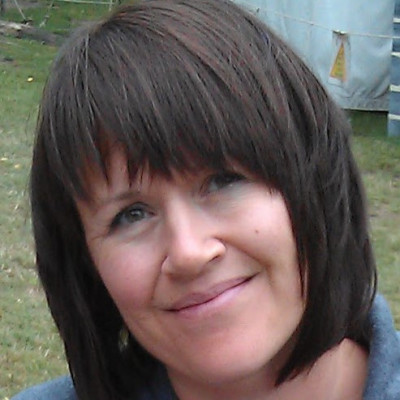 Jo has been a primary school teacher and literacy leader in South Yorkshire schools for over twenty years. Encouraging a love of books has always been her passion, both as a teacher and as a mum to two boys. Throughout her career she has worked to engage and inspire children to become avid and confident readers and writers. She feels privileged to be working with The Children’s Bookshow in helping to share the awesomeness of books with thousands of children all over the country. 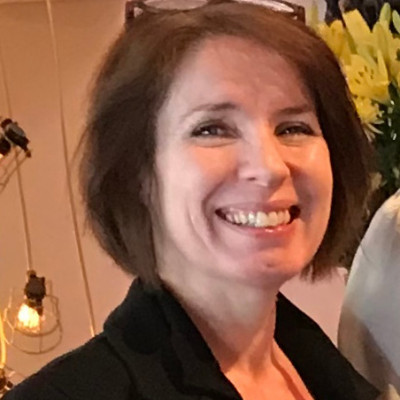 Marian has a background in education, publishing and literacy - focusing on reading for pleasure. Marian has worked across a variety of children’s reading initiatives including Letterbox Club for children in care and Premier League Reading Stars for reluctant readers. She holds a Masters in Children’s Literature from the University of Roehampton and has a fascination and passion for the picture book, Shakespeare and Manchester City Football Club. 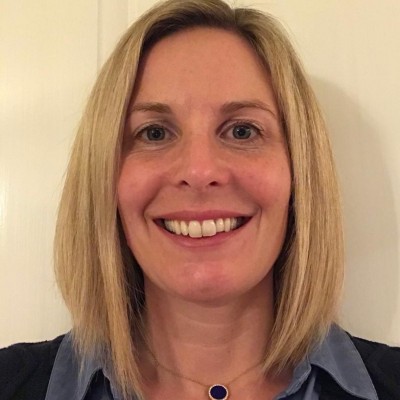 Katy comes from an educational publishing background and has worked with many primary schools to bring them outstanding literature and resources. She has also spent many years working in the hospitality industry which gave her a love for travel and different cultures. Katy has two children at primary and secondary school, so understands first-hand how creating a spark for reading is key to a child's successful development. 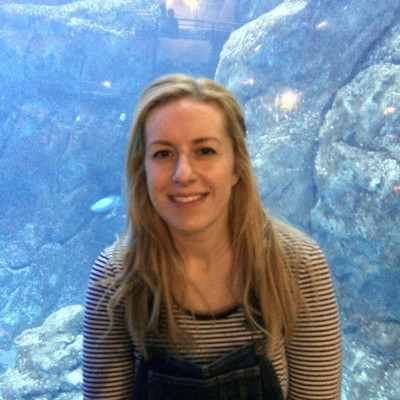 Natalie has a passion for working with families, children and young people. Having started her career as a teacher, she has subsequently worked for various charities in learning and development roles, primarily focusing on creating resources and experiences to inspire learning outside the classroom. She currently splits her time between work and raising two small, energetic boys who love books!

The Children’s Bookshow is governed by a highly skilled and experienced Board that provides a wide variety of financial, educational, publishing, translation and teaching skills. 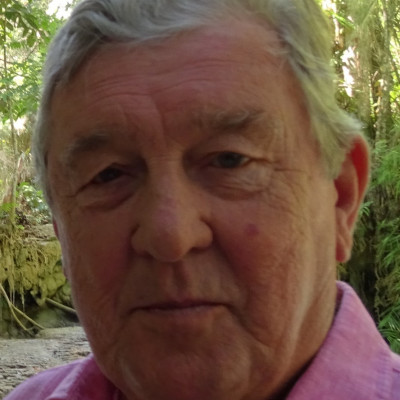 David Potter was formerly non-executive chairman of publisher Quercus. He has worked in the finance sector as an executive for 35 years holding senior executive positions including Investec Bank UK, where he was Deputy Chairman, Guinness Mahon as Group CEO and he has also held senior positions at CSFB, Samuel Montagu and Midland Bank (now HSBC). David is a Trustee of The UK Friends of The Nelson Mandela Children’s Fund, and WorldWide Volunteering, he is Chairman of The National Film and TV School Foundation and a member of the Councils of Godolphin & Latymer School and The Centre for the Study of Financial Innovation (CSFI). 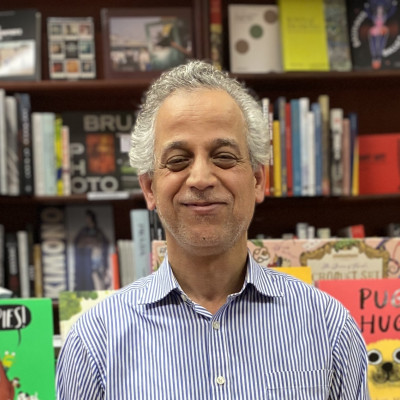 Ghassan is the managing director of Darf Publishers, the London-based imprint dedicated to publishing Arabic fiction and books about Libya and the wider Middle East in English translation. 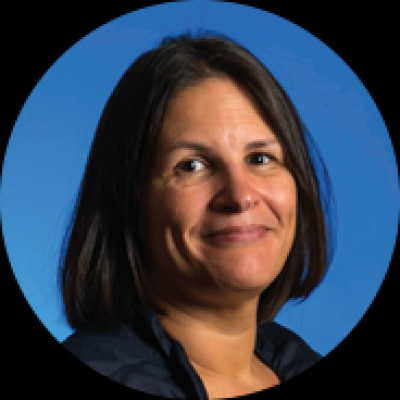 For the past ten years Shoshannah Thompson has worked in the heart of Tower Hamlets; as teacher, English Lead and Deputy Head Teacher of Cyril Jackson Primary School. In all of these roles she has been very passionate about children's reading and their access to reading real books. Recently, she was seconded on a full-time basis to the Tower Hamlets School Improvement Team where she now works closely with the team in supporting and developing English across primary schools within the borough. She is currently headteacher at Halley Primary School in East London. 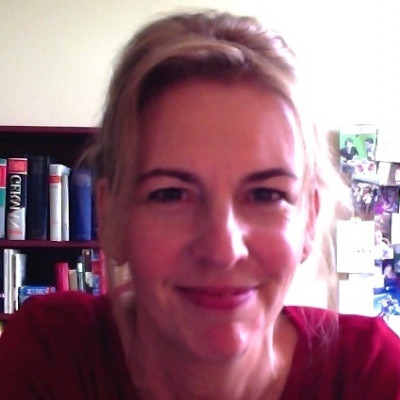 After a degree in Chinese, Robina worked at the British Council and in publishing, then for 16 years ran the Stephen Spender Trust, whose activities included multilingual workshops in primary and secondary schools. She now works as a freelance editor, specialising in translated fiction and non-fiction. Books are at the centre of Robina’s life, and she has long admired the work of the Children’s Bookshow. 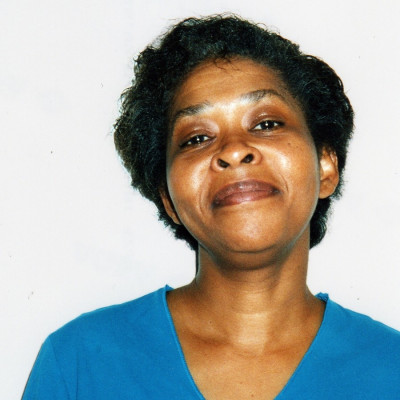 Valerie Bloom MBE is a Jamaican-born prize-winning poet and novelist who has published several poetry collections, picture books and novels and edited several poetry anthologies. She made a series, entitled Island Voices of three programmes for BBC Radio 4 which focused on Jamaican poetry. Valerie is also a renowned performance poet and performs her poetry nationally and internationally, everywhere from local libraries to the Royal Albert Hall. 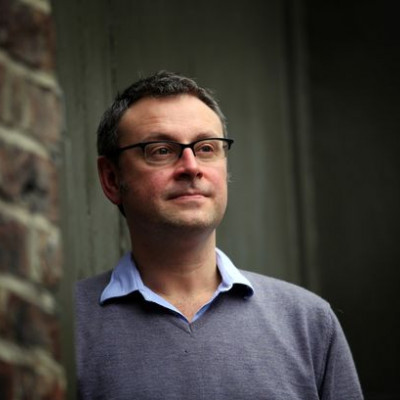 Lee Hall is a playwright, television writer, screenwriter and lyricist. He is best known for writing Billy Elliot and the lyrics for its stage musical. He also wrote the play The Pitman Painters, the powerful story of a group of miners in Newcastle who had a passion for painting and became celebrated artists in their own right. He was the original writer on the screenplay for the film of Michael Morpurgo’s children’s novel War Horse. 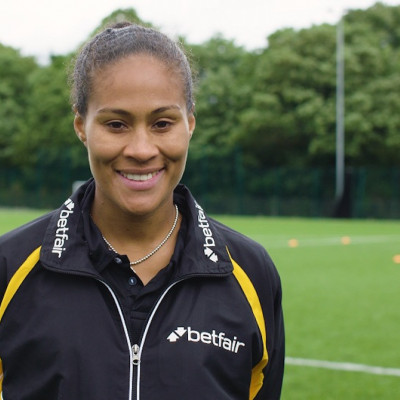 Rachel Yankey OBE is a former English footballer who played for the England national team. She played for Arsenal for 13 years and has appeared on BBC Sport’s Academy Master classes to teach young footballers basic soccer skills. She also hosted a CBeebies programme entitled Footy Pups. In June 2013, she broke Peter Shilton’s all time national record of 125 caps. When not playing or practising, Rachel works as a coach in schools. 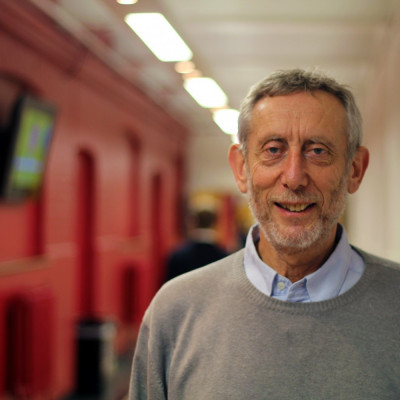 Michael Rosen is a poet, novelist, biographer and broadcaster, and was Children’s Laureate from 2007 to 2009. His best-known children’s books are We’re Going on a Bear Hunt and Michael Rosen’s Sad Book illustrated by Quentin Blake. He’s also written many books for adults including a memoir So They Call You Pisher? and The Disappearance of Emile Zola: Love, Literature and The Dreyfus Case. He is Professor of Children’s Literature at Goldsmith’s University London. 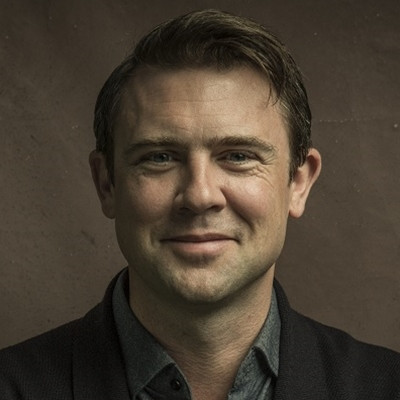 Owen Sheers is a novelist, poet and playwright. He has written 14 books including poetry, non-fiction, fiction and drama and edited the anthology A Poet’s Guide to Britain which was also a BBC television series. His BAFTA and Grierson nominated film-poem about the Aberfan disaster, The Green Hollow, won three BAFTA Cymru awards. In 2018, to mark the 70th anniversary of the NHS, he created the BBC film-poem To Provide All People. In 2007 he collaborated with the composer Rachel Portman to create The Water Diviner’s Tale, an oratorio for children about climate change, premiered at the BBC Proms. More recently, his TV adaptations for children include Mimi and the Mountain Dragon and The Snow Spider. He is currently Professor in Creativity at Swansea University.

We would like to thank all our funders, supporters and the organisations with which we have collaborated.

We would also like to thank all the publishers who have contributed towards their authors’ performances and workshops: 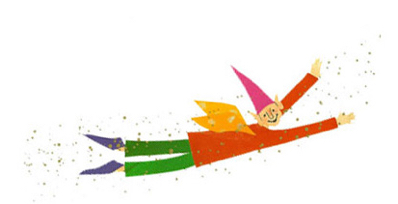 Find out how we can support your arts award