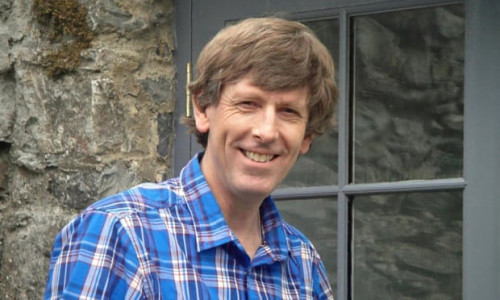 ‘I’ve written stories since I was a boy. I’m a storyaholic. I believe in the power of stories to move us, entertain us and transform us.'

Tim Bowler is an award-winning English author of 21 books for children, teenagers and young adults. He was born in Essex, and studied Swedish at University. He then worked in forestry, the timber trade, teaching and translating before becoming a full-time writer.

His book River Boy is a story about love and bereavement, which became a bestseller in Korea and won the prestigious Carnegie Medal in 1998. His books have been described as mystical and the Sunday Telegraph hails him as the ‘master of the psychological thriller.’ His other books include Dragon’s Rock, Shadows, Storm Catchers and Game Changer.

Tim took part in the Children’s Bookshow in 2007.

One of the truly individual voices in British teenage fiction