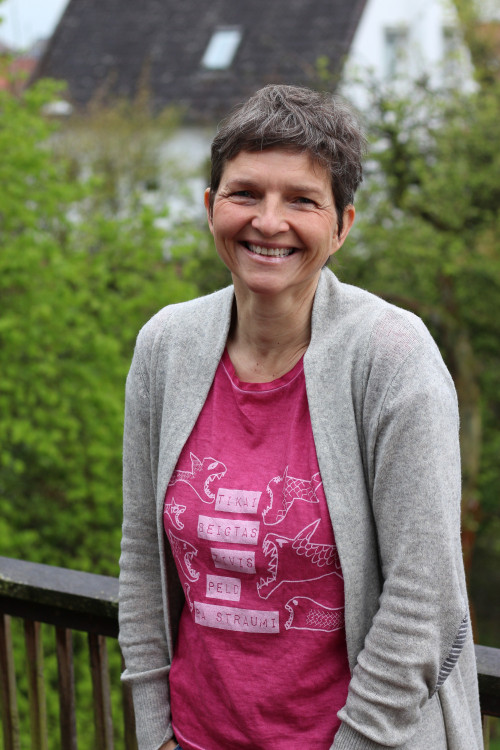 As a child Kathrin Rohmann loved stories by Astrid Lindgren and when she was 14 she told a friend that she too would write books for children one day. Kathrin grew up in a small flat with only a bird in a cage but she loved animals and so she took an apprenticeship on a farm. She learnt to milk cows, feed pigs, drive a tractor and mow pastures! She studied to become an agricultural engineer.

Kathrin read all the stories she loved as a child to her own three children and then started to write. First she wrote stories for her own children and then for a children’s journal until later her first book was published. Apple Cake and Baklava is her second book and a special one. It draws on Kathrin’s family roots in Pomerania and the stories of her great grandparents as well as the situation that unfolded in 2015 when thousands of Syrian people took refuge in Europe. With help from the “Akademie für Kindermedien” it became a wonderful story of losing and finding, of longing and hoping, of friendship and arriving.

Praise for Apple Cake and Baklava

Apple Cake and Baklava sensitively depicts the heartache of a youngster desperately missing her beloved grandmother and her home... this book deserves to be in primary schools throughout the UK and, indeed, the rest of Europe. It could hardly be more timely, or more urgent.

Book tickets for your class to see Kathrin Rohmann perform: