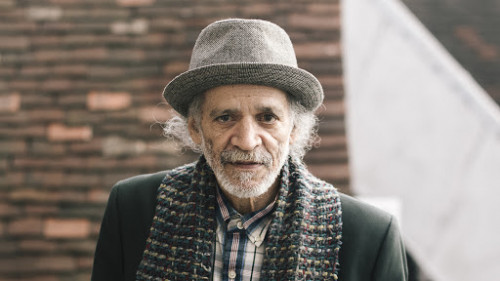 John Agard is one of the most exciting, energetic and spellbinding readers you’ll ever hear, breathing passion and energy into each of his poems when he speaks them aloud. He has a wonderfully direct and distinctive voice - often funny, poignant and insightful. He says, ‘Humour breaks down boundaries, it topples our self-importance, it connects people and because it engages and entertains, it ultimately enlightens.’

Born in British Guiana (now Guyana) in the Caribbean, John moved to Britain in the 1970’s and has written lots about what it was like to leave home. He now lives in Sussex with his wife, fellow poet (and Children’s Bookshow performer) Grace Nichols.

ln 1993 he was appointed Writer in Residence at the Southbank Centre, London and has also been Poet in Residence at the BBC. He was selected for the Paul Hamlyn Award for Poetry 1997, and the Queen’s Gold Medal for poetry in 2012. He is the author of many children’s books, including The Young Inferno, Einstein, The Girl Who Hated Maths and Hello H20, Come All You Little Persons, Going Batty, Lend Me Your Wings and Hello New! New Poems for a New Century.