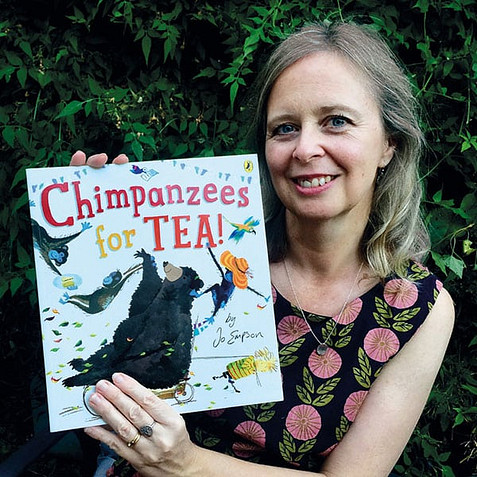 Jo Empson graduated from Cambridge School of Art with an MA in Children’s Book Illustration. During the course she created her first picture book Rabbityness which was published the following year in 2012 by Child’s Play International. Rabbityness has been nominated for 8 awards, including Kate Greenaway Medal and shortlisted for the Waterstones Children’s Book Prize and UKLA award. This was followed by a second picture book Never Ever which was awarded a Kirkus Star and also nominated for the Kate Greenaway Medal and Biennale of Illustration, Bratislava, 2015.

Other books include Little Home Bird published by Child’s Play International in January 2016 and Chimpanzees for Tea! published by Puffin UK and Philomel Books - Penguin US in Spring 2016. Her writing and illustrations are both beautiful and funny, and most recently, her brilliant picture book Jungle Jamboree celebrates both being yourself and the true meaning of beauty.

Jo's background as a graphic designer has had a great influence on her work. Her illustrations are inspired by nature, with a strong sense of shape, colour and design. She loves playing with colour in the form of a visual narrative. Her abiding wish is to produce beautiful books with depth and meaning, along with a sense of fun and surprise!

Children’s books remain her passion. She is never happier than when she is swept away in storytelling – in all its aspects – whether it be writing, illustrating or just reading a favourite picture book (which she still does every night!).

Highly original, this is a stunning debut picture book which celebrates creativity and difference while also serving as a touching introduction to the idea that people leave good things behind them even when they are no longer around.

Book tickets for your class to see Jo Empson perform: