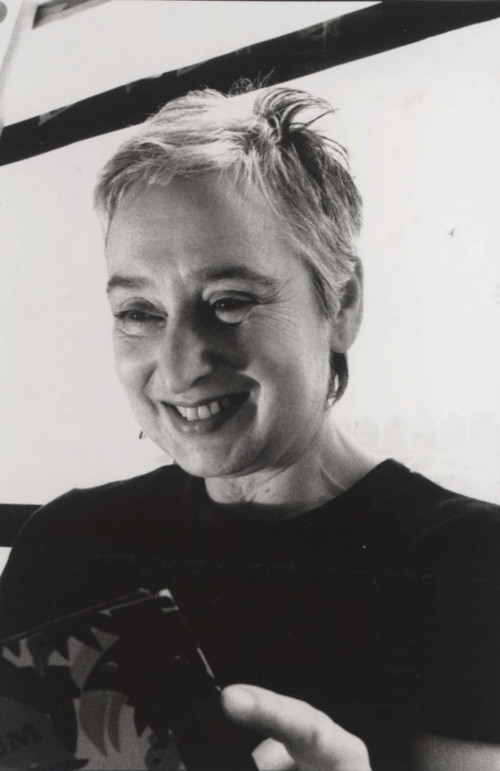 Before she became a writer and illustrator, Jessica was a puppeteer. She made shadow puppets and, together with her puppet company Mme Souhami and Co., she travelled around the country bringing to life some of the stories that people have been telling one another for hundreds, and even thousands, of years. In the early 1990s Jessica stopped touring. She still wanted to tell stories but now she wanted to do it through books. Her first book was called The Leopard’s Drum, a story from West Africa. She went on to retell fantastic tales from around the world in her books including Rama and the Demon King, King Pom and the Fox, and Honk! Honk! Hold Tight.

Jessica’s shadow puppets, did not entirely go away; you can see their influence on her artwork style. Jessica creates her pictures using a collage technique, and one of the first things she decides is what colours to use. Each book has its own unique palette of colours that best captures the mood of the story. Once she has decided on this colour palette, Jessica paints sheets of paper that she can then cut up to form the figures and landscapes of her stories. The characters in the books leap, run or saunter across the pages, just as the shadow puppets would have moved across the screen.

Jessica's latest picture book Please, Mr Magic Fish!, is a spellbinding tale about the dangers of being too greedy! Gerald the Lion will be published by Otter-Barry Books in August 2019.

Praise for The Leopard's Drum

The illustrations are outstanding. Adapted from characters created for [Jessica's] own travelling puppet shows, they startle and enchant like shadow puppets in a live performance.