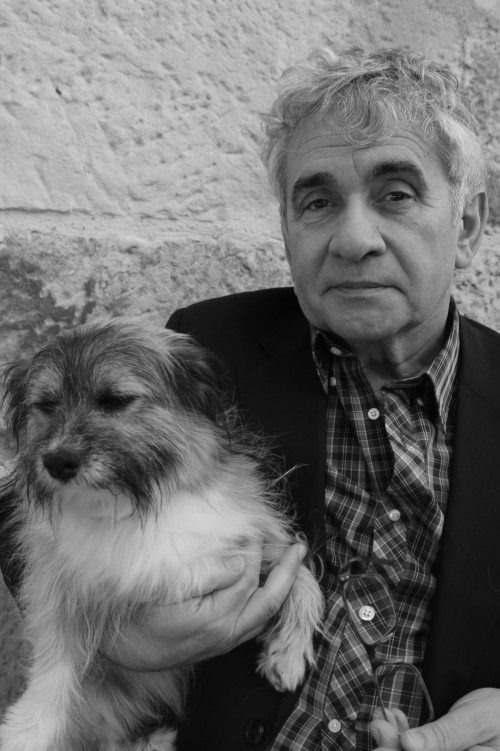 Bernado Atxaga is an award-winning Spanish writer and translator from the Basque country in northern Spain. His writing includes an extensive collection of children’s books, as well as poetry, essays, plays and cinema.

In 1988 he won the National Literature Prize and rose to national and international fame. His children’s books include The Adventures of Shola, illustrated by Mikel Valverde, which won the 2014 Marsh Award for Children’s Literature in Translation. Shola is a little, white, pet dog with a big attitude, she loves comfort (food) and adventures and spends much of her time trying to decide between the two. Shola is not afraid to pursue her dreams, often with hilarious consequences.

Bernardo joined The Children’s Bookshow on stage as part of the South Ken Kids Festival 2015, in conversation with our very own patron Michael Rosen. This was, of course a memorable and hilarious encounter for children and adults alike.

Praise for The Adventures of Shola

A charming, witty, spirited collection of stories about the exploits of an irresistibly characterful little dog