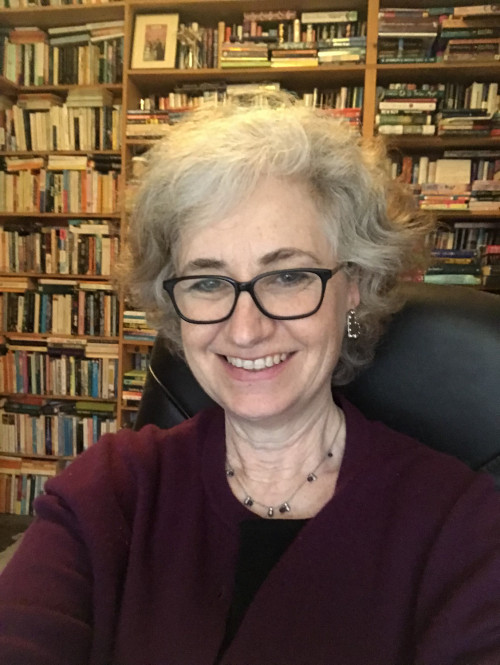 Nicolette Jones, is a writer, journalist, literary critic and broadcaster, and has been the children’s books reviewer of the Sunday Times for more than two decades. A Royal Literary Fund Fellow, and a nominee for the 2012 Eleanor Farjeon Award for outstanding service to the world of children’s books, she is an experienced book prize judge and professional chair of literary events. She has worked with us at The Children's Bookshow for many years, and interviewees have included Judith Kerr, John Burningham, Hilary McKay, Maria Parr and Stefan Casta.

Her book The Plimsoll Sensation: The Great Campaign to Save Lives at Sea (Little, Brown/Abacus) was a Radio 4 Book of the Week and won two maritime literature prizes. Other writing includes two books about the author/illustrator Raymond Briggs (see Publications page), and she has worked with The Sunday Times and Channel Four on multi-media children’s book supplements and selections.

During the Sunday Times’s sponsorship of the Oxford Literary Festival, she was Director of the Festival’s children’s programme.

Originally from Leeds, she studied at Oxford University, and at Yale as a Henry Fellow. She is a Fellow of the Royal Society of Arts, a signatory to Authors4Oceans, an honorary member of the Royal Naval Reserve Officers’ Dining Club, a seasoned trustee and committee chair, and involved in a number of literary, charitable and social initiatives. She lives in London.

Book tickets for your class to see Nicolette Jones perform: