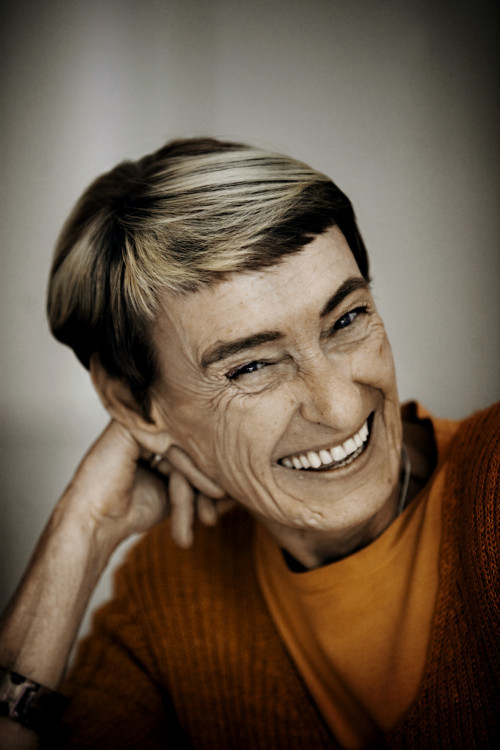 Gunilla Bergström is a Swedish children’s author-illustrator from Gothenburg. She is best known for her highly acclaimed series of children’s books about the character Alfie Atkins (- in Swedish he is known as Alfons Åberg -) which now has 25 books in the series and has inspired everything from cartoons, dolls and computer games to puzzles and theatre shows. These books have been translated into more than 30 different languages. When her first book about Alfie was first published in 1972, God Natt Alfons Åberg, it was considered controversial because the only parental presence was Alfie’s father.

Gunilla says that she finds the inspiration for her stories from everyday life and says that her passion for writing children’s books, ‘is probably linked to the fact that I’m quite childish...I have very vivid memories of what it’s like to be teased or feel guilty.’ She illustrates her own books often using her distinctive and charming collage style and was awarded the prestigious Emil Prize in 2011.